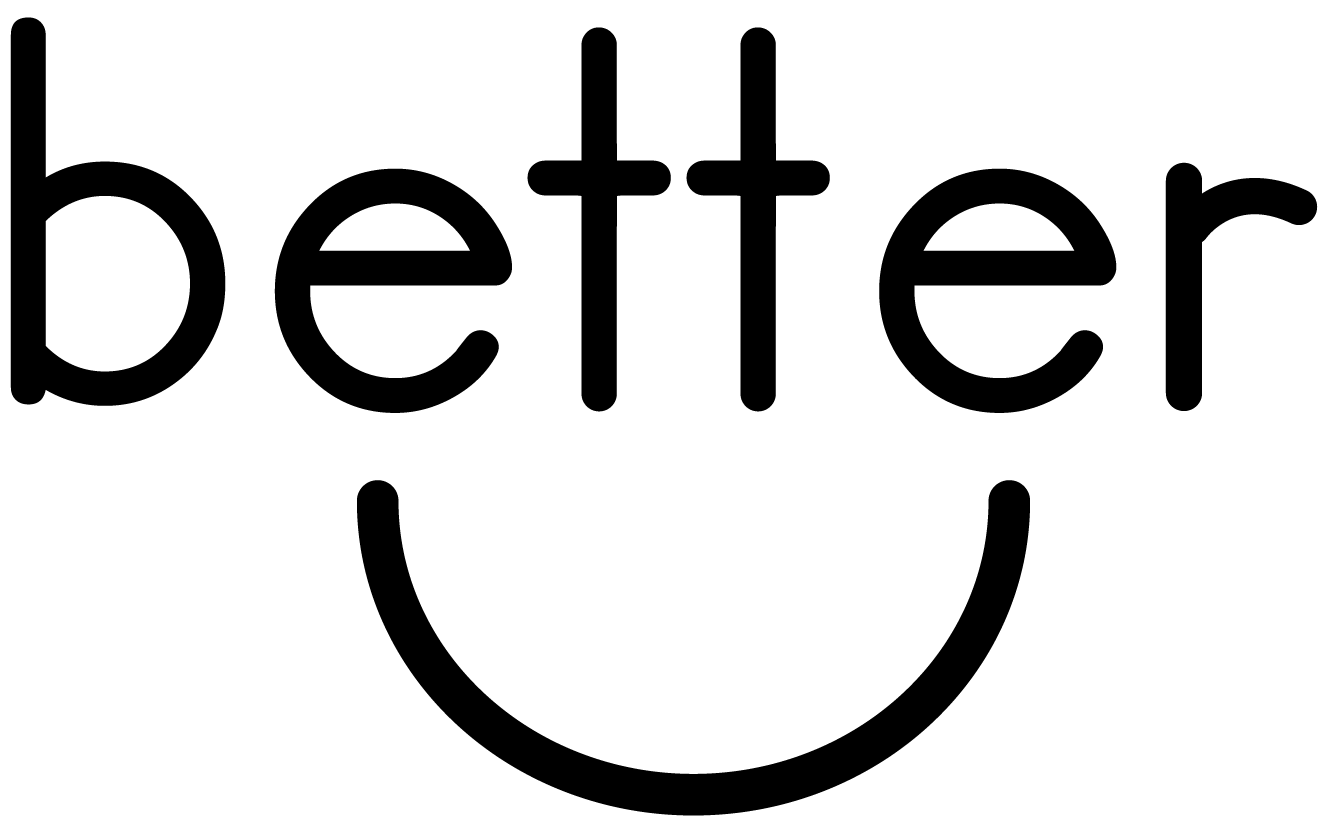 The Science Behind Ketamine 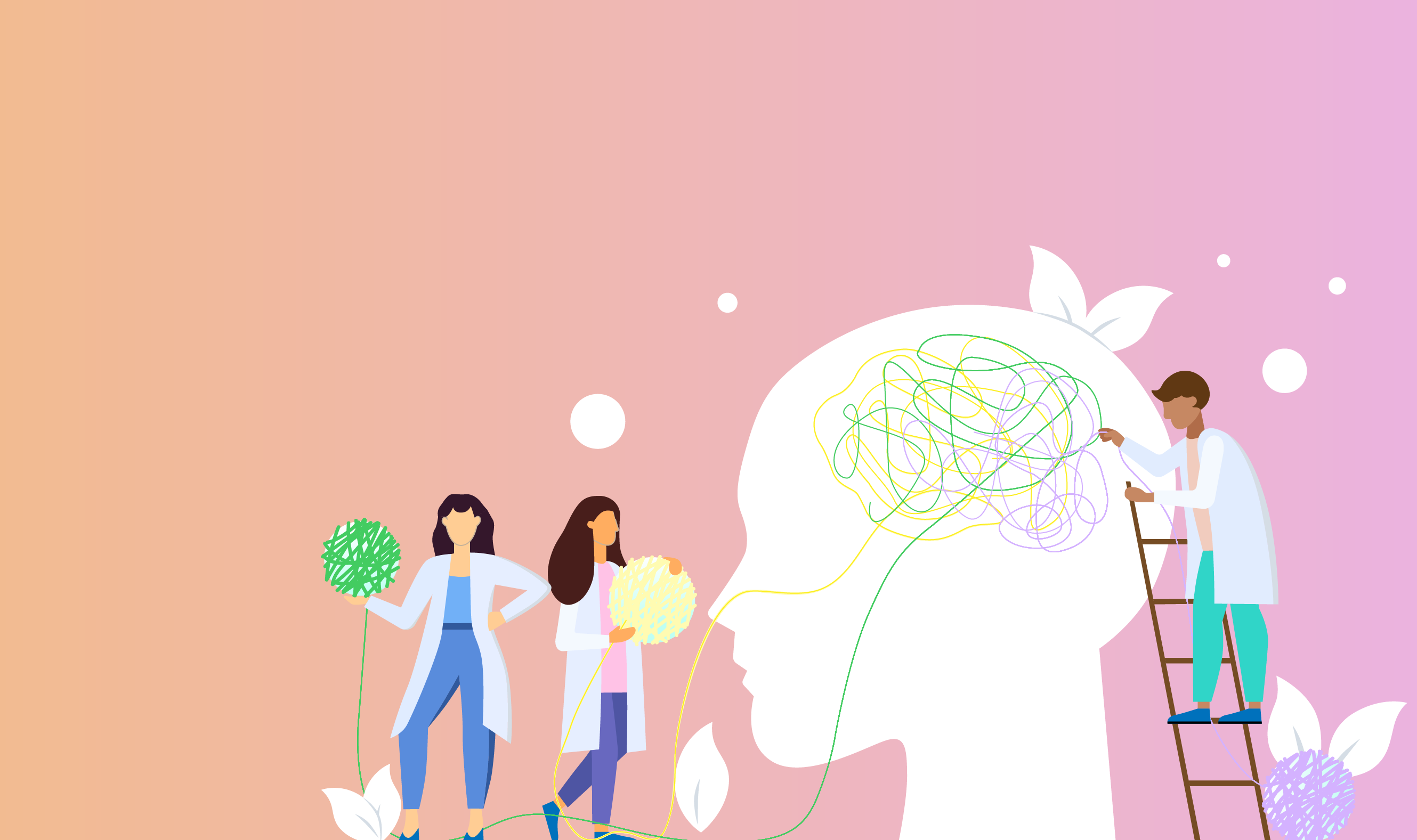 Originally used as an anesthetic, ketamine is a medicine that increases neuroplasticity which can help heal the mind. Research and countless studies over the past 50 years have shown that ketamine, along with psychotherapy, is a safe and effective treatment for those seeking help with mental health conditions. Ketamine may be particularly effective at treating anxiety, PTSD, stress, and depression. Using ketamine for chronic pain may also provide benefits. Many patients report "spiritual healing" along with profound psychological and emotional insights.

As many people who seek help with their mental health discover traditional antidepressant and anxiety treatments have a low success rate and come with multiple side effects. Ketamine is different. First synthesized in the 1960s, the FDA quickly approved ketamine for use as an anesthetic because of its unique ability to anesthetize without decreasing respiration.

Soon, the U.S. military began using ketamine in the field to help wounded soldiers. This is where ketamine’s powerful mental health healing properties were discovered. Soldiers given the medicine were shown to have lower rates of post-traumatic stress disorder, hypothesizing the effectiveness of ketamine for acute stress, and soldiers were better able to manage pain from injuries. For this reason, the World Health Organization has celebrated ketamine as an essential medicine since 1985, and The American Psychiatric Association and the National Institute of Mental Health recognize it as the fastest-acting antidepressant medication available.

To truly understand the profound breakthrough of using ketamine for depression, chronic pain treatment, and mental health, one must dive deeper into the science.

How Ketamine Heals the Mind

A leading researcher in the neuroscience of ketamine, Dr.  Akiki conducts research at the renown Neurological Institute at Cleveland Clinic. His studies reveal that chronic stress (which can happen from PTSD, anxiety, OCD, and other conditions) and depression result in neuronal changes that reduce prefrontal and hippocampal connections in the brain. These changes negatively affect mental wellness over time.

He states: “Ketamine has been shown to rapidly resolve these abnormalities and lead to a normalization in the connectivity pattern. The extent of connectivity changes after ketamine also appears to be proportional to the clinical response to the treatment, which further supports the idea that there is a causative link.”

Basically, ketamine-assisted psychotherapy creates a cascade of healing and change, starting with your brain’s neuronal network.

Understanding How the Brain Works

In the most highly developed area of the brain, the cerebral cortex, there are between 14 and 16 billion neurons. And that’s only one section. There are trillions upon trillions of neurons throughout your entire brain and body. Every millisecond, they make connections and send signals that help with speech, learning, movement, and everything else.

Neurons are the building blocks of the brain. Also called nerve cells, neurons are electrically excitable cells that communicate with other cells using special connections called synapses. They are responsible for receiving sensory input, for sending commands to our muscles, and for transforming and relaying electrical signals. A typical neuron comprises a cell body (soma), a nucleus that stores DNA, and dendrites and a single axon (both are nerve fibers that extend out). Among other things, the cell body also contains ribosomes, which are needed to make neurotransmitters (a type of protein).

Axon terminals are found at the farthest tip of an axon. This terminal allows each neuron to transmit a signal across the synapse to another cell. Most neurons receive signals using the dendrites and soma and send out signals down the axon. Signals cross from the axon of one neuron to a dendrite of another. But they don’t actually touch. This is where neurotransmitters come into play.

Neurotransmitters and Their Role in Mental Health

Though neurons pass impulses to each other between axons and dendrites, the junction where they meet creates a gap called a synaptic cleft. Neurotransmitters have the important job of carrying the nerve impulse over this gap. Essentially, neurotransmitters are messengers. They reside within tiny sacs at the tips of axons, waiting for an impulse to arrive so they can get to work.

There are different types of neurotransmitters, and each one connects to a specific receptor within a cell membrane. They are like keys that fit into specific locks, opening a pathway into the cell so a message can be sent and received. First, a nerve impulse travels down the axon to the end, opening calcium channels so positively charged calcium ions can flow in. Neurotransmitters then move into the synaptic cleft, cross the gap, and bind to matching receptors in the opposing neuron (where a message needs to be sent). This connection opens more channels so sodium, magnesium, calcium, and other ions can flow in.

This flow of ions changes the polarity of the cell membrane, making the cell’s charge less negative. Once the polarity changes enough, the impulse (message) is transmitted into the receiving cell. From there, this process continues and the message can flow from neuron to neuron, down an extensive network of neurons that are all linked together.

Once the neurotransmitters have done their job, reuptake receptors capture them and carry them back into their originating cell, so they can be ‘repackaged’ and wait for their next message to arrive. Once they are reabsorbed, the synapse turns off. This entire process takes about seven milliseconds, so it happens almost instantly inside your brain every moment of the day.

Understanding this process of how neurons relay impulses to each other is key to understanding mental health wellness and why ketamine therapy is so effective. Before we dive into how ketamine works in the brain, let’s go over one more important aspect of neurotransmitters.

Maintaining balance in the body is extremely important because too much or too little of something can create ill health. If there is too much of one type of neurotransmitter versus another, balance is disrupted, which leads to struggles with mental wellness. One example of this is glutamate. It’s the most common excitatory neurotransmitter in the brain. Glutamate is crucial for neuroplasticity (the brain’s ability to create new neural connections and synapses), and it is important for learning and forming memories. When the brain has slightly increased levels of glutamate, neurons can become hyper-excited. If the imbalance is severe, with way too much glutamate in the brain, neurons can become damaged or even die.

Research within the past two decades has focused on stress and how long-lasting stress can negatively affect the body. Not only does chronic stress create an imbalance of cortisol in your system (which can cause neurons to shrivel and shrink), intense stress can change glutamate signaling. This change can cause neurons to respond less and fail at making connections with other neurons. Brain imaging has proven that depressed individuals have a smaller prefrontal cortex, which affects decision-making, memory, emotions, and attention.

Glutamate-related neuronal changes are key influencers in conditions like depression and anxiety. Thankfully, ketamine works by targeting glutamate and creating a healthy balance in the brain so neurons can thrive.

Why Ketamine Is So Effective

Back in the 1960s, when ketamine was approved for anesthesia, researchers knew ketamine worked by triggering glutamate to release into synapses. By the 1990s, the medical community had already discovered a link between issues with glutamate receptors and depression, but no drug had been approved to help. Since ketamine had already been shown to work with PTSD in veterans, the researchers at Yale University began a study to treat severely depressed people with ketamine when all other treatments failed. The results were a breakthrough.

As mentioned above, neurons have different binding sites to receive impulses. Ketamine targets two specific ones: the NMDA (N-methyl-D-aspartate) receptor and the AMPA (α-amino-3-hydroxy-5-methyl-4-isoxazolepropionic acid) receptor. Glutamate is important for both receptors because it activates their ion channels. When glutamate binds to NMDA receptors, calcium ions are allowed to flow in. When glutamate binds to AMPA receptors, sodium flows in while potassium flows out.

When stress disrupts normal brain patterns, it creates an imbalance between NMDA and AMPA receptors getting activated and also destroys synapses, so messages don’t get sent or received properly. Ketamine works by targeting the NMDA receptor so it releases a surge of glutamate, thus restoring affected synapses. It blocks glutamate at the NMDA receptor in cells that have already sent impulses, but it doesn’t stop glutamate from binding to adjacent AMPA receptors. The result is an increase in AMPA activation.

Here’s when the magic happens. Once glutamate transmission is increased, and the balance of glutamate activation shifts from NMDA to AMPA receptors, ketamine triggers the release of BDNF (brain-derived neurotrophic factor). BDNF is a protein that promotes the growth and maintenance of neurons, like a fertilizer for your brain. Essentially, it enhances neuroplasticity.

Ketamine also stimulates mTOR (mammalian target of rapamycin), which is involved in producing proteins for long-term memory. BDNF and mTOR getting stimulated at the same time (thanks to ketamine therapy) improves the connections in the prefrontal cortex and hippocampus while reversing synaptic damage caused by stress. Damaged neurons repair and regrow. In this state, negative thought patterns are interrupted as your neural network gets reset. New patterns of behavior are easily learned and many patients gain a greater insight into themselves, accelerating healing. Altered states of consciousness, which ketamine promotes, open pathways that help with the processing of trauma. It’s no wonder that anxiety and depressive symptoms then lessen as the nervous system returns to a more regulated state.

It took so many years to discover the effectiveness of ketamine for depression and anxiety because these miraculous benefits only happen with low doses. Because it was first used for anesthesia, only high doses were used in patients. When researchers at Yale began using it in much lower amounts, doctors could see the healing benefits of this breakthrough medicine.

After years of research and thousands of patients whose lives have changed for the better because of ketamine therapy, it’s clear that using ketamine for anxiety, chronic pain, depression, and other mental health conditions may create positive, long-lasting outcomes. The reasons are simple: ketamine works in four ways simultaneously to jumpstart healing, so patients can live healthier, fuller lives.

First, ketamine works biologically by changing glutamate activity and increasing BDNF (fertilizer for your brain). This improves neuroplasticity to achieve a greater balance in neuronal activity while restoring synaptic strength. The brain is restored and reset.

Third, Ketamine works psychologically by creating a mild dissociative state that allows patients to access the unconscious. Memories and repressed emotions can be explored and traumatic events can be processed and released. This state of mind isn’t scary. It allows a patient to gain a different perspective on their life, encouraging self love and compassion.

Fourth, ketamine works spiritually for some. Individuals on ketamine therapy with spiritual beliefs may experience feelings of greater connection with life around them. This experience is ineffable, but those who experience it say it is something that offered them great relief, peace, and hope.

Whether ketamine therapy is delivered through an IV or taken orally, years of science and research prove this safe and effective treatment promotes positive mental health and may enhance the lives of those who use it.

Dr. Zand has merged his passions for lifestyle medicine, performance coaching, and entrepreneurship to establish platforms which build leaders and self-healers in the community. Dr. Zand specializes in psychiatric care for peak performance with executives, professional athletes and has helped countless high-performers optimize their mental health. Sam is a psychiatrist with years of experience working with ketamine and other psychedelic medicines in both research and clinical settings.

Sanacora, G. et al. A Consensus Statement on the Use of Ketamine in the Treatment of Mood Disorders. JAMA Psychiatry 74, 399 (2017). 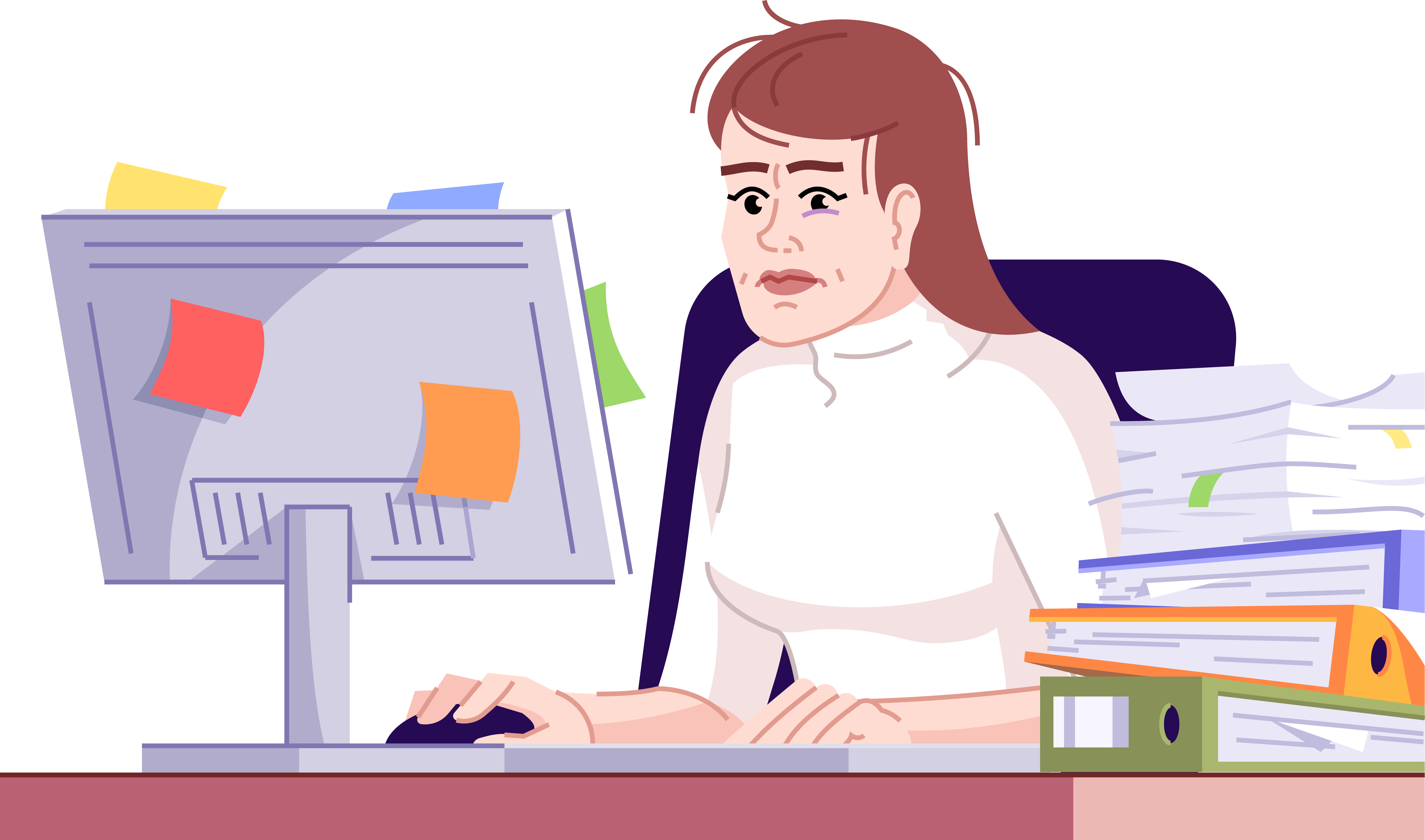 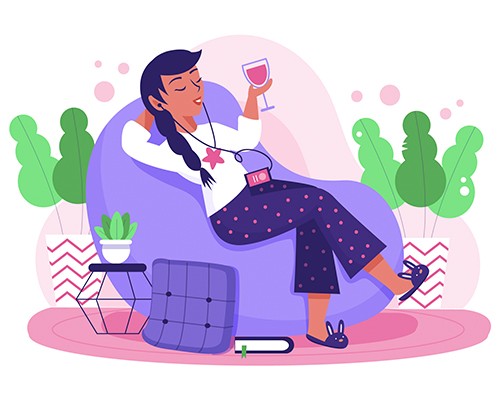 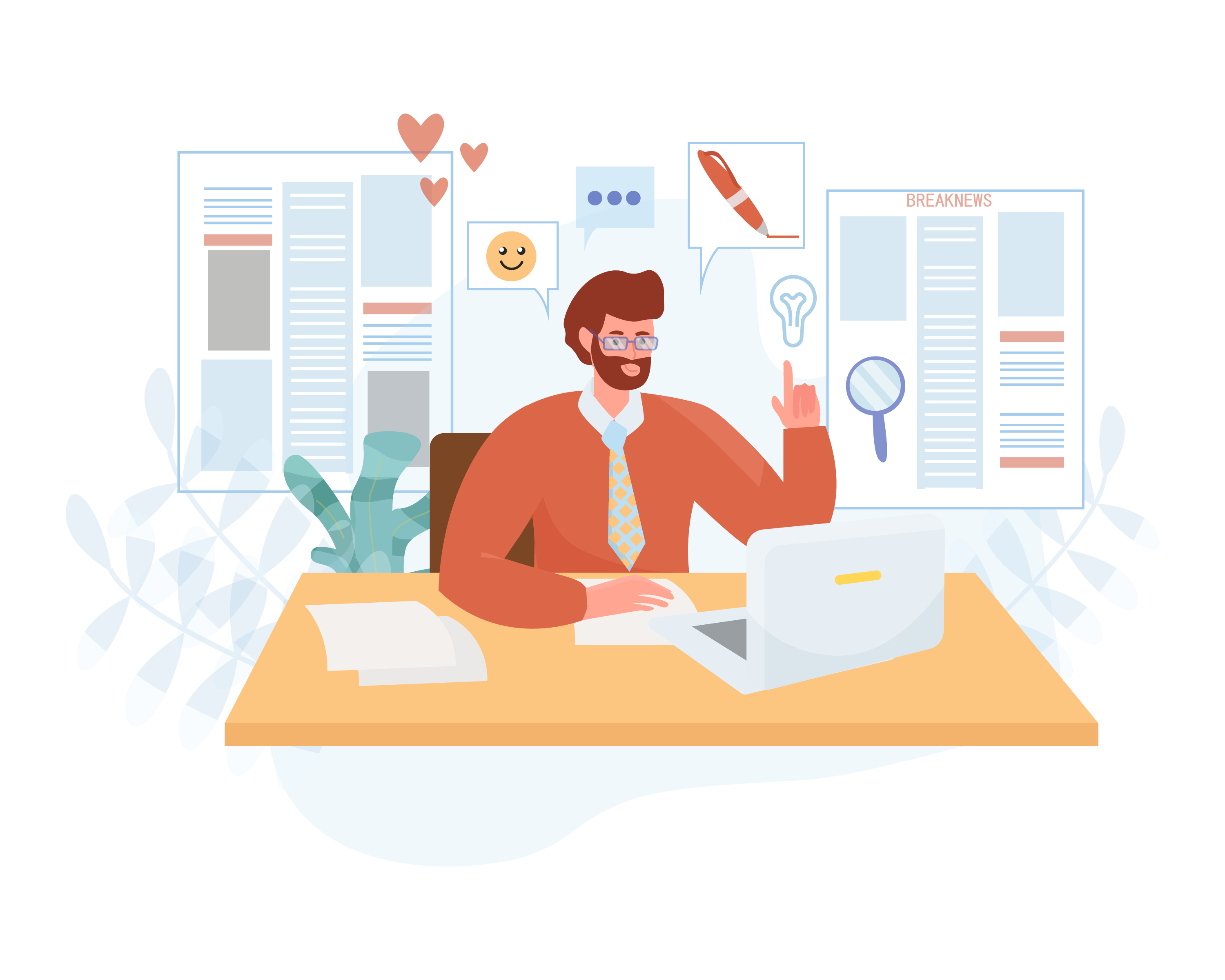